Former California state lawmaker Young Kim, 58, has flipped a blue congressional seat to the Republican Party, the second California seat the GOP has wrestled from Democratic control in the November 2020 election.

The Associated Press called the race for Kim on Friday, marking the defeat of Congressman Gil Cisneros (D-CA), who defeated Kim in the 2018 midterms after incumbent Congressman Ed Royce (R-CA) declined to seek re-election.

Kim emphasized the “promise of America” in a post-victory video, saying that America is a country “where an immigrant girl from South Korea can rise to be a representative in the United States Congress. And I will work to continue to keep that promise alive.”

Thank you #CA39! I look forward to serving you! pic.twitter.com/VURzL67v0Z

According to The New York Times election tracker, the congressional seat was expected to lean toward Democrats, but Kim managed to secure victory with a slightly more than 1% margin as of Saturday evening. Thus far, Republicans have flipped ten seats while Democrats have only flipped three, and Kim’s seat is the fifth Republican flip that occurred in a district that the New York Times’ election tracker expected to lean toward a Democratic incumbent.

Kim will join Congress as a new member along with Congresswoman-elect Michelle Steel (R-CA), who holds the distinction of flipping the first seat in California red for the 2020 November election. Steel, who like Kim was born in South Korea, defeated Congressman Harley Rouda (D-CA) in a nearby Orange County congressional district.

“The Republican Party is growing. You know, me, with my accent, I still won and people actually, when we stick to the issues, and we just try to work with residents and work for residents, I think we’re going to keep winning,” Steel told Fox News earlier this week.

House Minority Leader Kevin McCarthy (R-CA) has indicated that GOP pick-ups in the House of Representatives is a positive sign for the future of the Republican Party.

“We have never been stronger in the sense of what the future holds for us — we have never been in a stronger position,” McCarthy told The Washington Post. “We won this by adding more people to the party. And we won this in an atmosphere where we were the one group that everyone guaranteed we would lose. And we’re the ones who won.”

A third California House seat taken by Republicans was flipped during a May special election, but the November race for the seat has not yet been called and the margins are slim. Currently, Congressman Mike Garcia (R-CA) leads Democratic challenger Christy Smith by just 104 votes — in a congressional district where 330,000 votes have thus far been counted. The seat was previously held by former one-term Congresswoman Katie Hill (D-CA), who resigned in 2019.

Due to the close margins in that race, it’s possible the outcome won’t be known until the final ballots are counted, which would be about a week from Saturday. (California law allows ballots postmarked by election day to be accepted until 17 days after the election). Prior to Garcia’s victory in May, Republicans hadn’t flipped a blue California seat in Congress since the late 1990s.

Former California state lawmaker Young Kim, 58, has flipped a blue congressional seat to the Republican Party, the second California seat the GOP has wrestled from Democratic control in the November 2020 election. The Associated Press called the race for Kim on Friday, marking the defeat of Congressman Gil Cisneros (D-CA), who defeated Kim in 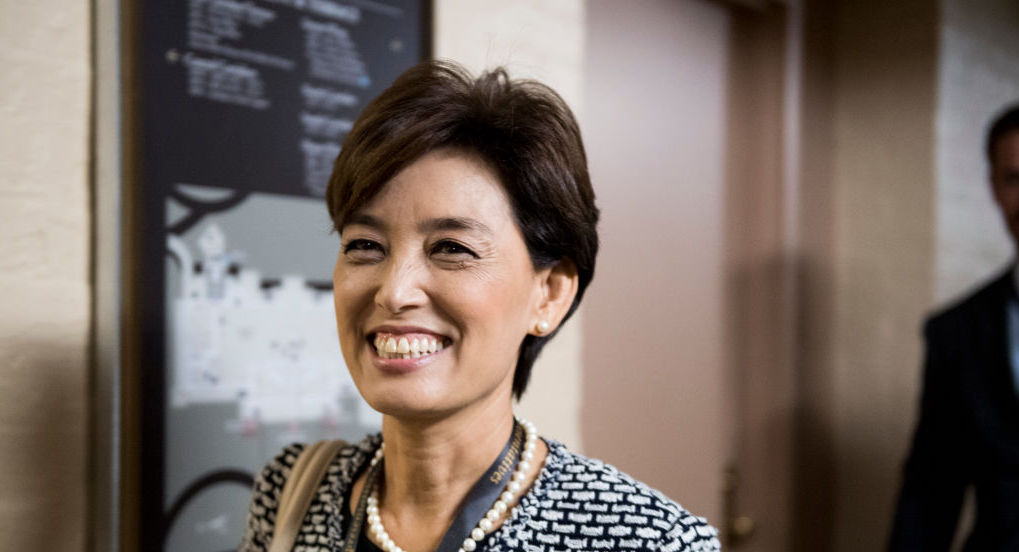 Biden Says He Would Get COVID-19 Vaccine Following Moderna, Pfizer’s...