Up To 9 Additional Nations Could Join Peace Deal With Israel, Including Saudi Arabia, Trump Says

President Donald Trump said Tuesday afternoon that up to nine additional nations could join a peace deal with Israel in the near future, including Saudi Arabia.

“It’s not something that my critics thought was possible and now they say, ‘wow, that was a good idea,’” Trump continued. “I will say, it’s gotten rave reviews.”

About a minute later, Trump added: “I spoke with the king of Saudi Arabia, at the right time I do think they will come in, yes, I do. This is a very big and very historic moment.”

President @realDonaldTrump‘s leadership led to historic peace deals in the Middle East between Israel and the United Arab Emirates and Bahrain and Israel.

Today President Trump adds, “At the right time, I do think [Saudi Arabia]” will make a deal.

Joe Biden could never do this. pic.twitter.com/KIiXUkMV0B

The remarks from the president come after he declared the “dawn of a new Middle East” on Tuesday afternoon during a signing ceremony of two peace deals between Israel and its neighbors.

“The deals between Israel and the United Arab Emirates, and Israel and Bahrain, involve the exchanging of ambassadors, establishment of embassies and co-operation on a range of fronts — including trade, security and tourism,” Fox News reported. “The agreements, known as the ‘Abraham Accords’ also allow Muslims to visit Islamic holy sites in Israel. Trump said the deals would form ‘the foundation for a comprehensive peace across the entire region.’”

Now Pres Trump says he expects 7, 8, or 9 additional countries to agree to normalization of relations with Israel. Just a few hours earlier, he put the number at 5, 6, or 7. Before leaving WH for a Town Hall in Philadelphia, he said he thinks Saudi Arabia will be one of them.

If Israel-*Saudi Arabia* peace actually comes next and Trump is still denied the Nobel Peace Prize, that would be a genuine travesty.

We, the undersigned, recognize the importance of maintaining and strengthening peace in the Middle East and around the world based on mutual understanding and coexistence, as well as respect for human dignity and freedom, including religious freedom.

We encourage efforts to promote interfaith and intercultural dialogue to advance a culture of peace among the three Abrahamic religions and all humanity.

We believe that the best way to address challenges is through cooperation and dialogue and that developing friendly relations among States advances the interests of lasting peace in the Middle East and around the world.

We seek tolerance and respect for every person in order to make this world a place where all can enjoy a life of dignity and hope, no matter their race, faith or ethnicity.

We seek to end radicalization and conflict to provide all children a better future.

We pursue a vision of peace, security, and prosperity in the Middle East and around the world.

In this spirit, we warmly welcome and are encouraged by the progress already made in establishing diplomatic relations between Israel and its neighbors in the region under the principles of the Abraham Accords. We are encouraged by the ongoing efforts to consolidate and expand such friendly based on shared interests and a shared commitment to a better future.

This story has been update to include the text of the Abraham Accords Declaration.

President Donald Trump said Tuesday afternoon that up to nine additional nations could join a peace deal with Israel in the near future, including Saudi Arabia. “We have many other countries [that are] going to be joining us and they’re going to be joining us soon,” Trump told reporters on the White House lawn. “We’ll 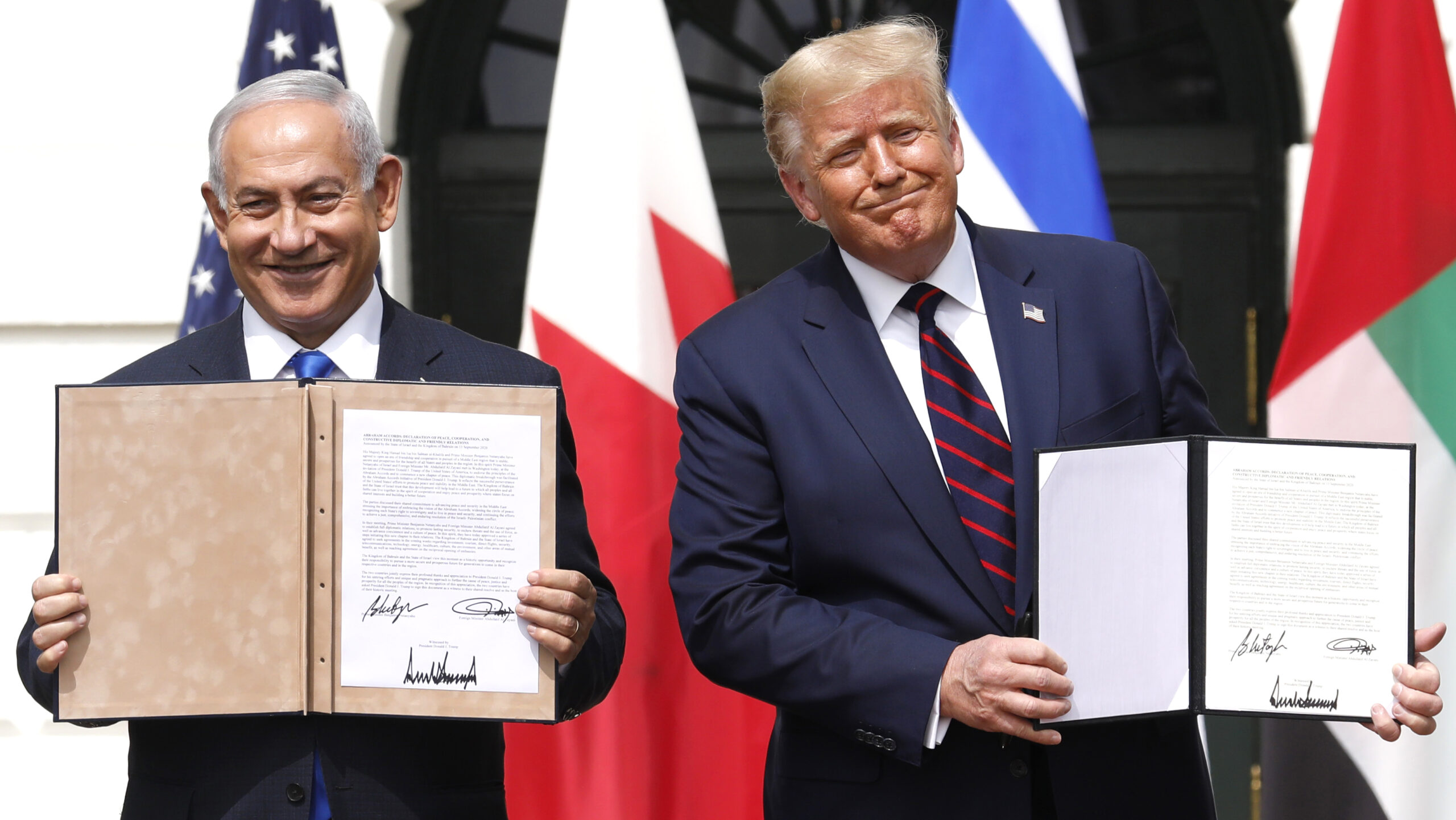 Candace Owens Tells Lebron James: ‘If You’re Suffering Through Racism, Please Give Me Some Of That’

Netanyahu’s Message to Biden: We Will Push Back...

Report: India Is the Only G20 Nation Honoring...

Report: North Korea Estimated to Have Up to...

Bulgarian PM has “general malaise” after testing positive for coronavirus

Report: India Is the Only G20 Nation Honoring Its Paris...