One Questioner At Biden Townhall A Former Speechwriter For Obama Administration, Another The Wife Of Former Dem PA Candidate

On Thursday, ABC held a town hall event featuring Democratic presidential candidate Joe Bide, and if you thought some of the questioners selected to ask Biden might have been out of the norm, a little more politically savvy than the ordinary citizen, you’d be right. One man asking a question was a former speechwriter for former President Barack Obama’s administration, while a woman asking another question turned out to be the wife of a high-profile Democrat in Pennsylvania.

The man in question was Nathan Osburn, “a former speechwriter for the Obama White House. Osburn specifically worked for the Office of Public Affairs at the Commerce Department under the Obama-Biden administration and at the Small Business Administration,” Fox News reported. The ABC graphic referred to his profession as “communications” while he was depicted as hailing from Philadelphia, Pennsylvania.

“Osburn was quoted in the Philadelphia Inquirer earlier this year as ‘a former Obama administration speechwriter’ who had created a ‘Philly for Pete group’ aimed at boosting former Democratic presidential primary candidate Pete Buttigieg,” Fox News noted, adding, “the LGBTQ Victory Institute listed Osburn as a senior speechwriter for the Small Business Administration in an article praising the Obama-Biden administration for its LGBTQ hiring practices.”

Our country’s first Supreme Court gave its first ruling is just two blocks from here from 1791 to 1800, and it’s become more polarized since then. Merrick Garland didn’t get a hearing for all of 2016 and Amy Coney Barrett is being pushed through at the last minute, even though millions have already voted. So what do you think about ideas from people like Pete Buttigieg and others to put in place safeguards that will help ensure more long-term balance and stability? And what do you say to LGBTQ Americans and others who are very worried right now about erosions of their rights and our democracy as a whole?

The woman in question was Mieke Haeck, who was termed a “physical therapist from State College, Pa.” Haeck’s husband is Ezra Nanes, who ran against Republican state Senate Majority Leader Jake Corman in 2018. Fox News pointed out, “Nanes is currently an at-large member of the Centre County Democratic Committee. Centre County is the county in which State College resides.”

I’m the proud mom of two girls, 8 and 10. My youngest daughter is transgender. The Trump administration has attacked the rights of transgender people, banning them from military service, weakening non-discrimination protections, and even removing the word transgender from some government websites. How will you, as president, reverse this dangerous and discriminatory agenda and ensure that the lives and rights of LGBTQ people are protected under US law?

NBC News featured a pair of “undecided” voters during a network town hall earlier this week who had previously declared their support for Democratic nominee Joe Biden on the network’s sister channel, MSNBC. Lawyer Peter Gonzalez and marketing executive Ismael Llano posed questions to Biden during a town hall on Monday, when he appeared before what the network described as an “audience of undecided Florida voters.” Both Gonzalez and Llano, however, were featured in an MSNBC segment in August to explain why they support Biden.

On Thursday, ABC held a town hall event featuring Democratic presidential candidate Joe Bide, and if you thought some of the questioners selected to ask Biden might have been out of the norm, a little more politically savvy than the ordinary citizen, you’d be right. One man asking a question was a former speechwriter for 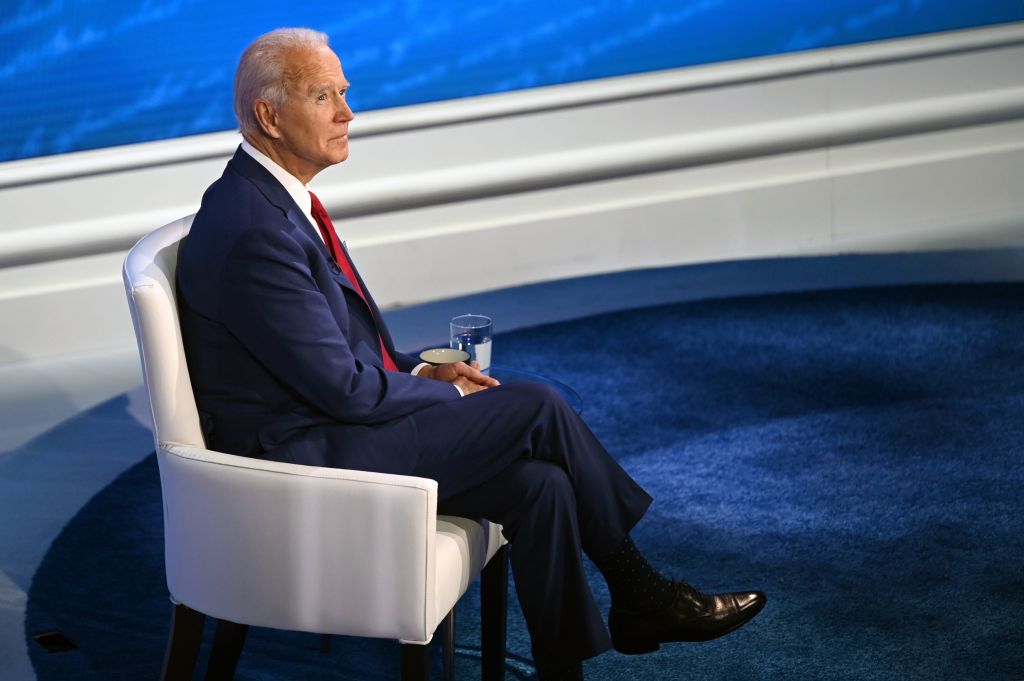 Trump Expresses ‘Profound Thanks’ to Troops in Thanksgiving Call