LAUF: Why Democrats Are Losing Latinos

For Maria, now a U.S. citizen, seeing armed men patrolling her street while growing up in her home country of Guatemala was not uncommon. In fact, it was the norm.

It was 1970 and Guatemala was at the height of its infamous civil war. The beautiful “Land of Eternal Spring” was rapidly becoming the land of eternal unrest. Fighting between the left-wing rebels and government forces had begun just ten years earlier, dragging the country into turmoil, with violence haunting rural communities and cities alike.

In 1980, a young man named Philip visited Guatemala on his first trip to Central America. While conflict remained, Guatemala’s economy continued to survive, relying on commodities, exports, and tourism, and Philip was keen to explore the country between business meetings. After choosing which tour to join, he met his guide for the day, Maria.

Stepping on a public bus, Philip and Maria embarked on their journey. As they were leaving the city, the bus came to a screeching halt. Armed soldiers climbed aboard, and demanded that every male passenger exit the vehicle and line up against a wall outside. Philip, who could not distinguish between the uniforms of government forces or a guerrilla group, was left wondering whether this was a militia firing squad. Reacting to Philip’s obvious feelings of confusion and fear, Maria calmly said, “Oh, don’t be worried, this is just routine.” For an American man who grew up in a safe, quaint neighborhood in Chicago, experiencing such a “routine” was quite the culture shock.

This true story occurred during the 36 year-long civil war which was fought from 1960 to 1996. Unfortunately, not much has changed. Crimes of murder, extortion, and kidnapping continue to plague many Latin American nations. Countries like Venezuela, Brazil, and Mexico — rich in climate, culture, and geographical grandeur — are riddled with economic inequality, corruption, and violence. According to the Agape Institute, a nonpartisan think tank, Latin America leads the world when it comes to the prevalence of crime. Law enforcement is both under-resourced and — at times — corrupt, fueling public distrust in institutions, judicial processes, and the political system. As a result, it’s no surprise that 44% of those who emigrate to the United States are of Hispanic/Latino origin.

The term “political refugee” is one radical Leftists like Rep. Ilhan Omar and Rep. Alexandria Ocasio-Cortez like to use as a talking point to condone illegal immigration. But how can such people claim to empathize with those who flee to the United States to escape crime in their home countries when they also fail to empathize with the victims of crime here in the United States? Moreover, why do they refuse to condemn the violence ravaging cities across America when many of the victims are immigrants who came to the United States to escape violence? How can they claim to be providing refugees and immigrants alike with a safe haven from violence when they refuse to prioritize safety for their own constituents by echoing their radical supporters’ cries to defund the police?

In many ways, America appeals to immigrants in the same way that the suburbs appeal to American families. Both stand as an opportunity to live in safe and secure communities, where people of all colors, religions, ethnicities, and creeds can work, feed their families, and be at peace.

With the continued rise of violent protests in recent weeks, many Americans are experiencing a real threat to public safety across our country. Hispanic-Americans who have grown up in countries like Mexico and Guatemala know this reality all too well. They do not want the United States to become like the countries they left in much the same way as suburbanites who don’t want their quaint suburbs to turn into the failed Democratic cities they left.

In the wake of continued violent riots, it’s crucial to acknowledge the negative impact crime has on the economy. According to a recent Pew Research poll, the economy is the most important issue for Hispanic voters as we approach November’s election. Such a finding is hardly surprising. Many Hispanics are entrepreneurial. They own small-businesses. They work in industries ranging from hospitality to agriculture. GDP among U.S. latinos increased to $2.3 trillion in 2017. While we focus on the short-term economic impact of COVID-19, we risk ignoring the long-term danger: the explosion of crime across the country.

Many states have suffered millions of dollars worth of damage due to the violence. Livelihoods have been destroyed, including many minority-owned businesses. Tragically, some may never be able to recover. What happens when you are in an unsafe community? Companies start to leave. Families begin to move out. Economic opportunity dries up. The standard of living decreases, and crime rates go up. Soon, beneath an irreversible cycle of damage, these areas begin to look like the third world countries many immigrants chose to leave.

Whether at the border or in quiet American suburbs, a fundamental Republican principle is the importance of law and order. Like all Americans, Hispanic-Americans value this principle, especially those who fled violence for the promise of safety and opportunity in the United States of America. As President Trump and his administration speak of suppressing violence, providing resources for law enforcement, and creating an economic environment that will allow all Americans to thrive, the Democrats continue to show that they have any intention of quelling the violence. With such a stark contrast, Democrats are losing Latinos, and fast.

For those wondering what happened to Maria and Philip, the pair on the bus: Through chaos, there is always opportunity. Maria and Philip fell in-love that fateful day and will celebrate over 30 years of marriage this October. As my father likes to say: it was “one hell of a first date.” Let’s hope that the idea of America sought by Maria and so many others continues to shine as a beacon of hope and opportunity for years to come.

The views expressed in this opinion piece are the author’s own and do not necessarily represent those of The Daily Wire.

For Maria, now a U.S. citizen, seeing armed men patrolling her street while growing up in her home country of Guatemala was not uncommon. In fact, it was the norm. It was 1970 and Guatemala was at the height of its infamous civil war. The beautiful “Land of Eternal Spring” was rapidly becoming the land 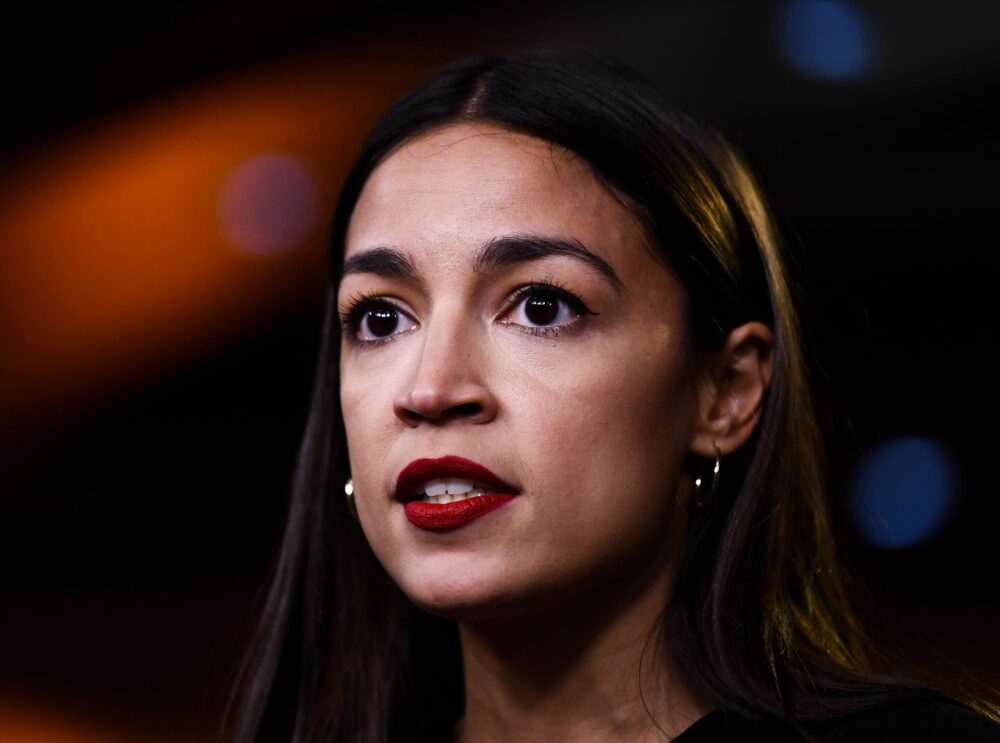 The Average Person Who Died of Coronavirus in U.K. Is 82.4 Years Old

Former Mexico Defense secretary arrested in US on...

One Questioner At Biden Townhall A Former Speechwriter...

Republicans cut in half Democrats’ lead in Florida...

@2020 - All Right Reserved. Designed and Developed by Phoenix E-Commerce Inc.

A Trump Supporter Went Undercover to Find Support for Biden...