Rep. Jim Jordan (R-OH) sent a letter with Rep. James Comer (R-KY) to Washington D.C. Mayor Muriel Bowser demanding she release two types of communications and documents: first, any “relating to D.C.’s response, if any, to violent left-wing agitators harassing peaceful individuals,” and second, any investigations on “whether the perpetrators of the recent violence and intimidation…have been paid or otherwise induced to commit these acts.”

The letter cites the intimidation and threats made against RNC guests leaving—specifically Sen. Rand Paul who said the thugs “would have killed us had the police not been there.” It also brings up the mobs that go to various restaurants threatening guests, the fires set, and the assaults on police all done under the Mayor’s watch, and according to the letter, inaction.

“Your choice to surrender the streets of D.C. to violent left-wing extremists and agitators so that they can intimidate, coerce, and assault innocent people places at risk all who live, work, and patronize businesses in the District,” the letter says. “Your actions also highlight the wisdom of the Founders to ensure that the seat of the federal government is not beholden to a particular state.”

The two ranking members, Jordan of the Committee on the Judiciary and Comer on the Committee on Oversight and Reform, discuss the violence and actions of the left-wing mobs across the nation’s capital since the beginning of summer and claim Bowser’s inaction is partly to blame.

“By your inaction in response to their mayhem, these left-wing agitators have become emboldened to be even more aggressive and more dangerous. The recent violent confrontations on District streets and in District businesses dramatically underscore this fact,” according to the letter. “You must restore order and peace to the District before the left-wing violent extremism gets further out of hand.”

The request is for documents pertaining to the District’s response to left-wing agitators tormenting peaceful individuals and any investigations into whether these agitators are paid or influenced by a third party.

The request seeks information dating from June 1 to the present and the information is requested by Sep. 16. 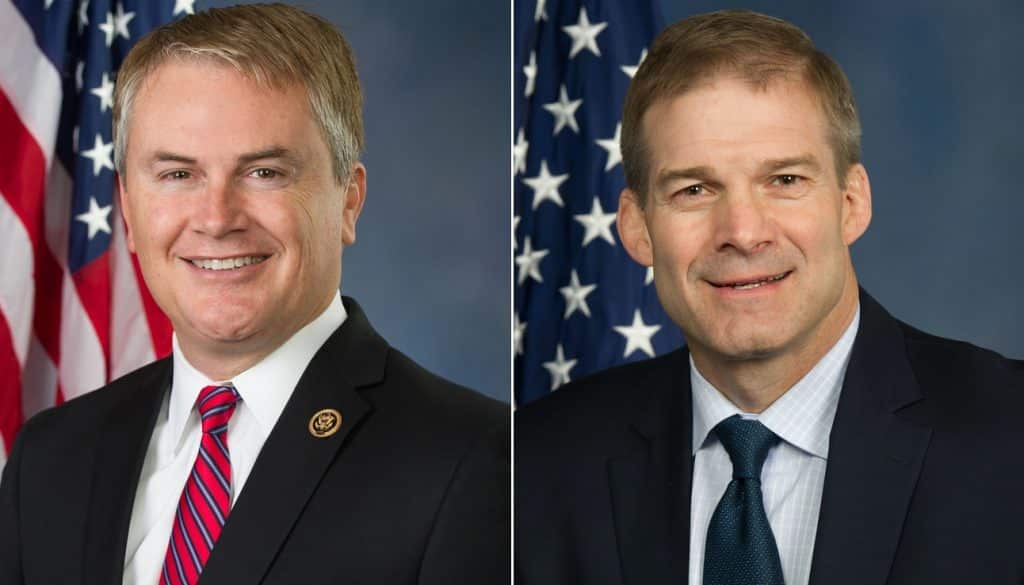