Alien planets in deep space could be made of diamonds, researchers suggest

They say diamonds are a girl’s best friend, but what about an entire planet made of diamonds?

Newly published research suggests that some exoplanets in deep space largely comprised of carbon could turn into diamonds.

The research, published in The Planetary Science Journal, suggests that these “carbon-rich” planets could have the right conditions, such as water, heat and pressure, to turn the carbon into diamonds. These planets could also form other minerals that are found on Earth, such as silicates and oxides. 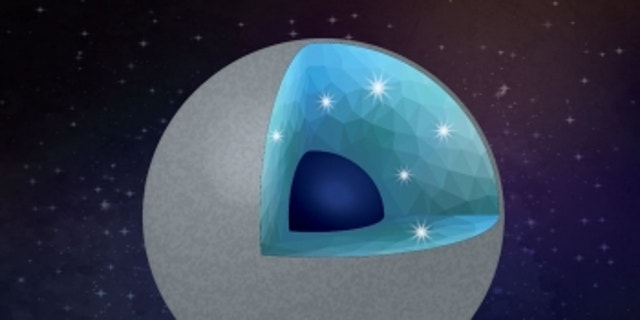 “These exoplanets are unlike anything in our solar system,” said the study’s lead author, Harrison Allen-Sutter, in a statement.

In recent memory, researchers have discovered several planets that may be comprised of diamonds, including 55 Cancri e, discovered in 2004.

Planets, as well as stars, are largely comprised of dust and gas. However, when planets surrounding stars have larger amounts of carbon in them and water is present, “a diamond-rich composition” can be created.

For comparison purposes, Earth has a relatively little diamond component to it, at approximately 0.001%.

“Excess water after the reaction can be stored in dense silica polymorphs in the interiors of the converted carbon planets,” the researchers wrote in the study’s abstract. “Such conversion of mineralogy to diamond and silicates would decrease the density of carbon-rich planet, making the converted planets distinct from silicate planets in mass-radius relations for the 2-8 Earth mass range.”

To come up with their hypothesis, the researchers harnessed intense heat and pressure using high-pressure diamond-anvil cells. From there, they put silicon carbide under water and compressed it between two diamonds, heating the mixture with lasers.

Eventually, the silicon carbide turned into diamonds and silica.

While the presence of diamonds may be intriguing to the late Marilyn Monroe, it’s unlikely these planets host life, the researchers added. They noted they likely are not geologically active and probably have atmospheres that are not conducive to supporting life.

“Regardless of habitability, this is one additional step in helping us understand and characterize our ever-increasing and improving observations of exoplanets,” Allen-Sutter added in the statement. “The more we learn, the better we’ll be able to interpret new data from upcoming future missions like the James Webb Space Telescope and the Nancy Grace Roman Space Telescope to understand the worlds beyond on our own solar system.”

NASA’s James Webb Telescope is slated to launch in October 2021, having been pushed back several months because of the coronavirus pandemic, Fox News previously reported.

More than 4,000 exoplanets have been discovered by NASA in total, approximately 50 of which were believed to potentially be habitable as of September 2018. They have the right size and the right orbit of their star to support surface water and, at least theoretically, to support life.

How to erase your data to remove your...

Planets made of diamond may be hanging out...

Fitbit gets FDA clearance for its Sense smartwatch...

Retailers are already leaking the iPhone 12 and...

The iOS 14 Privacy and Security Features You Should Know

Retailers are already leaking the iPhone 12 and Apple Watch...